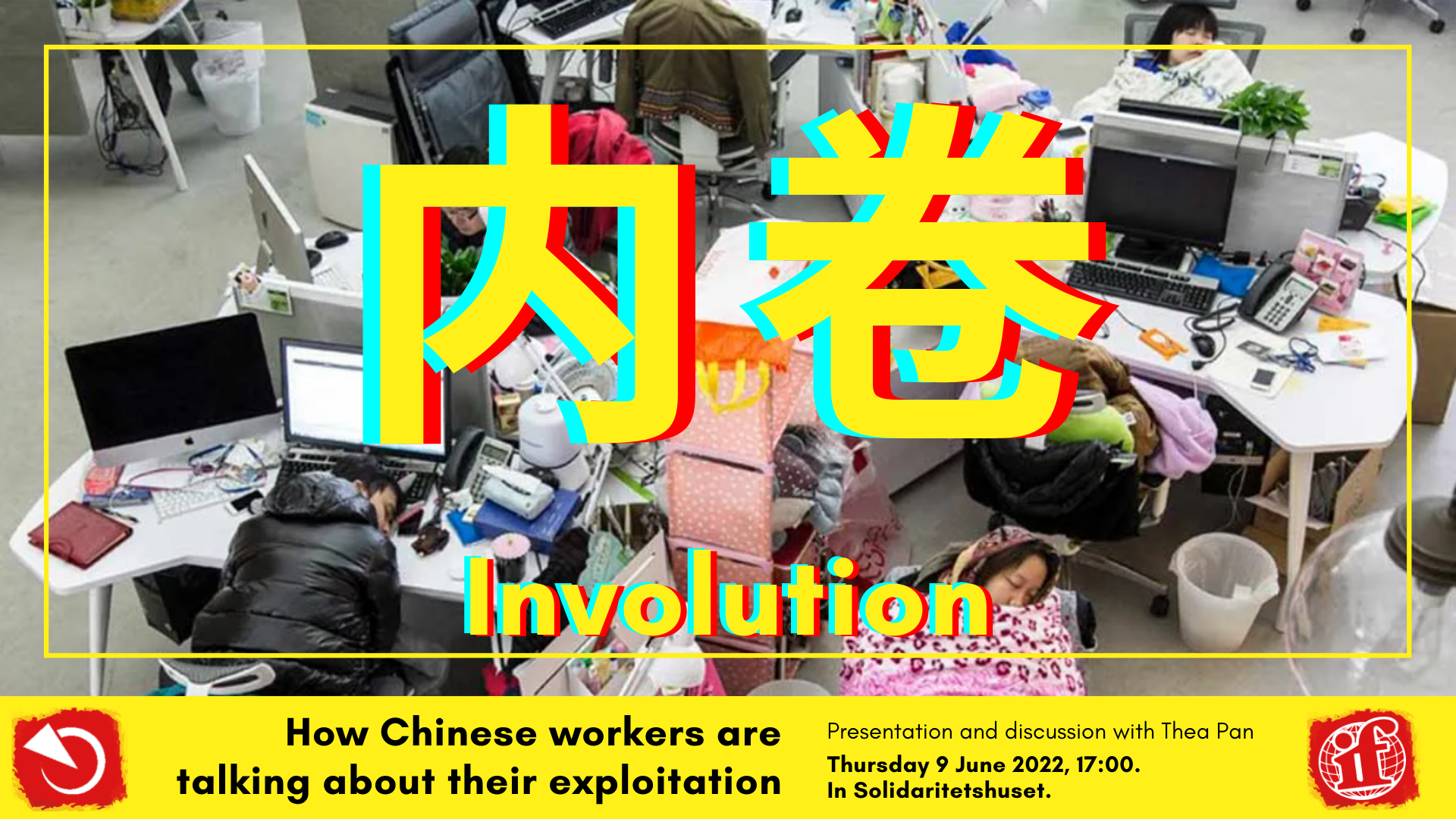 This talk aims to present the recent critical discussions on work and exploitation in China. The discussions are summarized into one word: Neijuan, which translates to involution. The widely popular term neijuan refers to fierce competition and forced self-improvement in the labour market and in the education system. It represents an endless rat race over qualifications, opportunities, and success, where everyone loses and depletes themselves, and only a few could “win”.

The presenter will share images, stories, and memes of how Chinese white-collar workers and students experience and express their frustration over neijuan. In addition, the presenter will introduce the economic and educational contexts that produce competition, exploitation, and anxiety in China’s society. These are the guiding questions:

• What is the general context of work and employment in China?
• What specific kind of exploitations are imposed on students and workers in white collar jobs?
• How has commodification of labour rendered competitive, precarious, and stratified employment?
• What are the relations between education and employment that produce and reinforce neijuan?

In the end, the audience is invited to reflect on the condition of work here in Denmark, and further discuss similarities and differences in comparison with the presented condition in China.

The event is arranged by International Forum and Institute of Marxist Analysis, and will be in English.

Thea Pan is a student from China who studies education, globalization and economy.

This site uses Akismet to reduce spam. Learn how your comment data is processed.